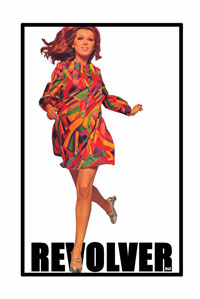 The club, which is resident on Mondays at Manchester’s Roadhouse venue, will feature 60s and 60s-themed movies on the last Monday of every month. The initial schedule is:

For full details on the club click here or visit the Revolver MySpace site.