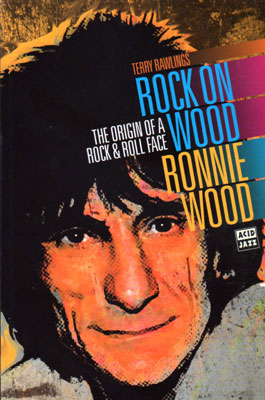 Remember we mentioned the reworked version of Rock On Wood by Terry Rawlings? Well, the Ronnie Wood biography is only going to be available online at HMV initially as an exclusive.

Originally written in the late 90s, the original publishers preferred more of a straightforward Stones book than a journey through the likes of The Birds, The Creation, The Faces and the Jeff Beck Group, so the book was compromised. Now, Rawlings has worked it with Acid Jazz and the original interviews to produce an all-new edition with new material and some tasty photos.

You can pre-order it now at the HMV site for £11. Incidentally, HMV also has an exclusive on another Acid Jazz reissue – Paolo Hewitt's Young Mods Forgotten Story, his book on the Small Faces from some years back. Thats also available for £11.