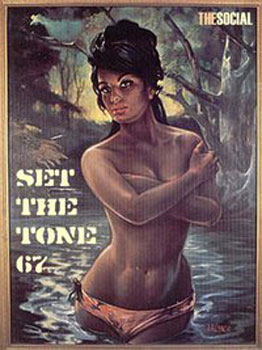 If you fancy some ska in your life, Set The Tone 67 has announced its dates for 2011, but pay close attention – they're not straightforward.

But the next one is. Taking place at the Social, 5 Little Portland Street, London W1 on on 22nd January, it's the 7th birthday bash, with special guests Hot Bomb Hi-Fi joining residents Saunders and Thatcher for 'killer diller ska, rocksteady gems and big boss anthems' on original 45 vinyl. It runs from 8pm until 1am, free before 9, £5 after.

After that, nights will be on the 5th saturday of each month (so not monthly). The next one after will be April 30th 2011. Better just get a diary and mark off the five-week months.