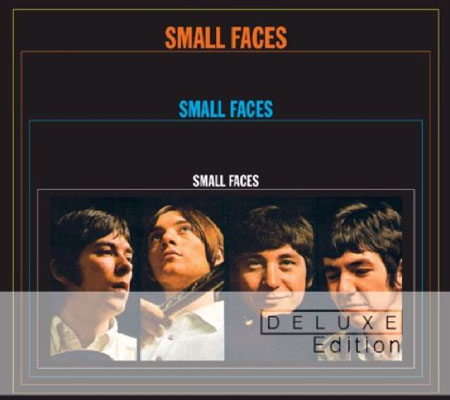 Thanks to Jason for flagging these up – Deluxe CD reissues of the Small Faces albums, which are due to land in May, but are on pre-order now.

The albums concerned are The Small Faces Immediate album, The Small Faces Decca album, Ogden's Nut Gone Flake and From The Beginning.  Each one is released as a two-disc set, remastered ands offered in both mono and stereo version, throwing in some unreleased bonus material, new liner notes and new interviews with Ian McLagan and Kenney Jones.

Frustratingly, Decca has seen fit to offer up sleeves and a release date for each, as well as prices (which vary from £12.99 to £19.99), but as yet, hasn't given the full track listings. Below are listed all the links – the tracks will probably be added in the near future, so keep a check on them for those all-important rarities.

From The Beginning at Amazon