’60s folk-rock legend Stephen Stills is to tour the UK this October. 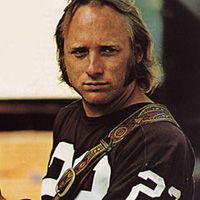 Last year Stills released Just Roll the Tape, a lost album of 1968 that ‘found its way back’ to the Buffalo Springfield/Crosby, Still, Nash and Young man. This UK tour will feature tracks from that album, alongside his best known hits. The dates are:

Tickets are available form the usual outlets. In other news, a lost Jimi Hendrix album recorded by Stills before his death in 1970 is being prepared for release by Graham Nash. Speaking recently, Nash said that Stills ‘has an enormous history of recording’. This lost album is one of 13 projects Nash is reportedly pursuing, including boxsets of his solo work dating back to 1964 and a Crosby, Stills and Nash demos album.