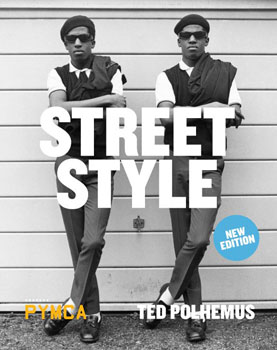 We never actually got round to reviewing the original release way back when, but with a new reissue via PYMCA, maybe it's the perfect time to review Streetstyle by Ted Polhemus.

Oriignally released in 1994 to coincide with a similarly-themed exhibition at London's V&A, Streetstyle is pretty much as it sounds, a look at fashion and style from the 'street' from 1940 to the modern era. Of course, Mods are included in that, but this isn't a mod book – expect to find Hipsters, Teddy Boys, Beats, Rockabillies, Rude Boys, Surfers, Hippies, Punks, B-Boys and Ravers also featured, to name just some of the cults and movements found in this 224-page hardback book.

This updated edition will feature nearly 100 extra pages with a four page bound insert, 5 new chapters and now over 250 images. The books is available to buy from 15th September 2010, priced at £18.95 on pre-order.