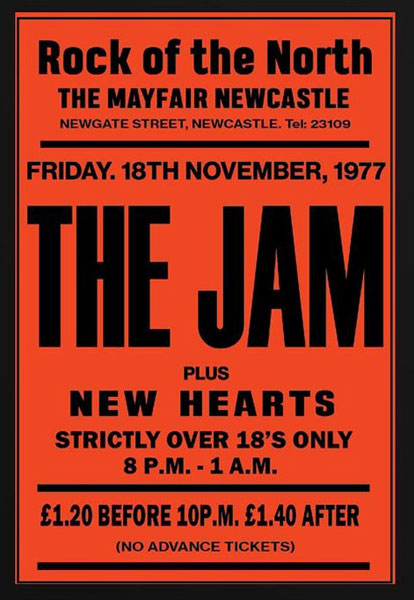 There are many more available, but The Jam and The Who vintage gig posters by Bad Moon Prints are probably of most interest here.

The Birds in new Shindig!

Cheers to Smiler for dropping us a line about the new issuee of Shindig! Two articles might be of interest to you. Firstly, Smiler himself has put together a piece on cult 60s beat band The Birds, a five page article with unseen photos of The Birds and some words […]

We Are The Mods promo film

I don't know anything about this, except it was posted up on the forums, it was made by someone called Live Forever Productions and it's a short film about the mod scene called, rather originally, We Are The Mods, possibly a taster of something longer or still in production. Can't […]

If you're a fan of revival bands or just live music, you might want to get yourself to Midsummer Modness 2010, which takes place at the Sound Bar in Birmingham. Taking place on the 17th July 2010 from midday to 4am, the event features the likes of The Purple hearts, […]