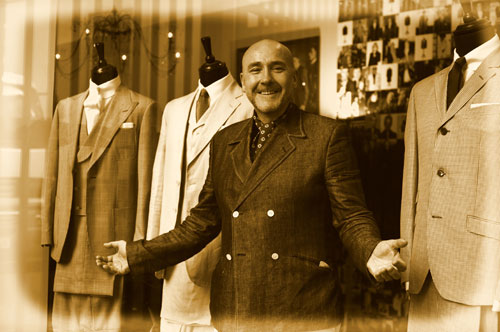 Not just any old tailor, Mark Powell is one of THE tailors around, making suits for everyone from David Bowie and Paul Weller through to Ronnie Kray. He's now got the honour of being interviewed and featured on the Modculture website.

Jason Holmes met up with the man over a few drinks in his native Soho to discuss his past, his thoughts on style and tailoring, future plans and his general philosophy, not to mention future movie plans.

It's all online now and well worth five minutes of your time.