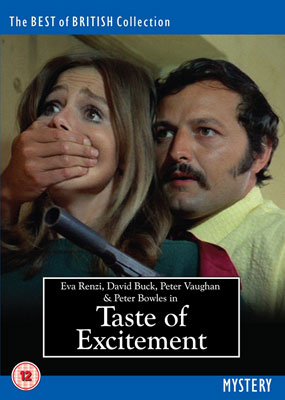 Another film review for you, this time a rather unknown late 60s flick going by the name of A Taste Of Excitement.

Reissued by Odeon, it's actually directed by Don Sharp, who some of you might recall directed popular cult classic Psychomania. This isn't like that though (is anything?). This one is a crime thriller set in the French Riviera, with a young girl being pursued by a crime gang, who believe she has some particularly incriminating evidence against them.

Full review now online, the DVD is out later this month.

A Taste Of Excitement reviewed at Modculture