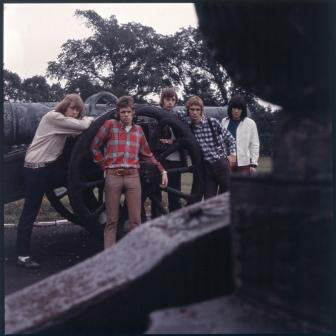 Cult British R&B band The Birds, the band that kickstarted Ronnie Wood's career, are back on the scene after a break of more than 40 years.

Ron isn't in the line-up of the band once described as ‘London’s greatest R&B group’, he's probably busy doing the Faces reunion. Vocalist Ali McKenzie is fronting the new band, joined by Jon Gray (guitar, harmonica and keyboards), Neil Runalls (bass) and Dan Taylor (drums), with the band officially relaunching at The 100 Club, Oxford Street, London on Wednesday, June 2nd. Tickets are £10 in advance or £12 on the door.

Why reform now? 'The time seemed right to relaunch the band,' said Ali. 'A few years back Deram Records put out a CD called The Collector’s Guide To Rare British Birds (available for under £4 from Amazon) which included everything we ever recorded that still survives. It reignited interest in the band and things have really been building since then.'

Get the full lowdown and gig tickets at the band's website.