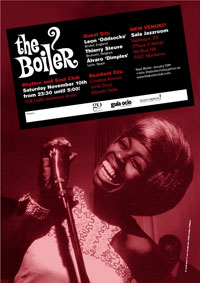 A bit late in the day, but if you are able to get to Barcelona next week, you might want to check out The Boiler rhythm ’n’ soul club.