A new live album of The Doors performing in San Francisco, just before the release of their breakthrough single ‘Light My Fire’, is being put out by Rhino. 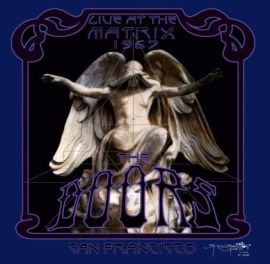 Recorded at The Matrix venue over two nights in March 1967, the set had previously only been available as poor quality bootleg (featuring only a handful of the tracks that were actually played). The Doors perform much of what appears on their self-titled debut album, plus several tracks from second album Strange Days, plus covers of ‘Get Out Of My Life, Woman’, ‘I’m A King Bee’, and ‘Gloria’. Producer Bruce Botnick says the album “is probably the closest we’ve come to a true document of The Doors without constraints”.

Live At The Matrix is out on the 24th November, and is available from Amazon here.