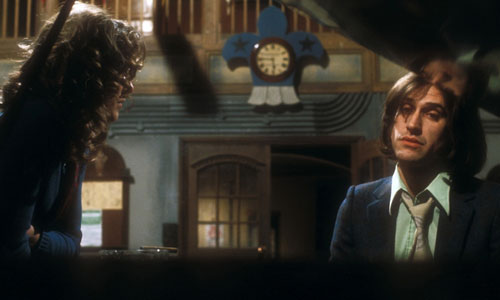 It's not had any publicity so far (compared to the main Meltdown event), but we've just heard that Ray Davies is actually doing his own Flipside event with the BFI, chatting onstage and showing some films.

The first of those events is The Meltdown Observer Talk: Ray Davies & Julien Temple in Conversation. Is it what it says, with Davies on stage with filmmaker Julien Temple to discuss Davies' relationship with cinema, and the films that have inspired him throughout his career. Saturday 18th June at 4pm for that, with tickets at £13, discounts for concessions and members.

Check out The Flipside: Ray Davies on TV, which is also introduced by Ray Davies. It's described as a 'rare chance' to see two musical dramas showcasing Ray Davies. Those are:

This was an 80-minute Play for Today from 1970, with Ray making his acting debut as a musician attempting to set a world record for non-stop piano playing. While his wife begs him to stop, his manager urges him to continue. It's described as 'bittersweet and thought- provoking' and features some alternate versions of Kinks songs and an unreleased Davies composition, never heard elsewhere. A poor quality version is actually on YouTube, but the big screen is probably the best way to see it.

This is a 37-minute production from 1974, another you can find on YouTube in parts. Called 'one of the most ambitious and successful' of the band's theatrical performances, Ray was The Star, an aloof rock god, who, searching for inspiration, submerges himself in the dreary day-to-day existence of Norman – a boring accountant. But, over the course of eight Kinks tracks, he discovers that their lives are inextricably linked.