British documentary maker Winstan Whitter has finished making a film about London’s Four Aces club, and special screenings are to be shown in the next month. 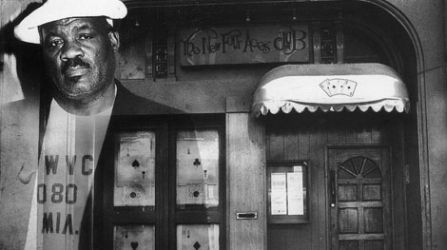 Legacy in the Dust: The Four Aces Story documents the history of the Hackney club which became a home to the most influential black music of the early 1960s. Founded by Jamaican east Londoner Newton Dunbar, The Four Aces Club held shows by Desmond Dekker, Prince Buster, Jimmy Cliff, Ann Peebles, Percy Sledge, Ben E King and Billy Ocean, then in the 1970s Bob Marley, Chrissie Hynde, The Slits, Sex Pistols and Bob Dylan. The film charts the club’s history right up to its closure as a result of the 2012 Olympic urban regeneration.

The British Film Institute are screening the documentary at the NFT on Southbank on Friday the 28th November. After the film ska/rocksteady maestros Freetown and ‘queen of lovers’ rock’ Janet Kay perform live on stage. Whitter will join DJs Nick Luscombe and Emma Pettit in the Benugo Bar after the show as well. The ICA will also be showing Legacy In The Dust on Sunday 7th December.

Tickets for the BFI event are available for £8.60 here, whilst tickets for the ICA screening can be bought for £8 here. The film has its own website here.