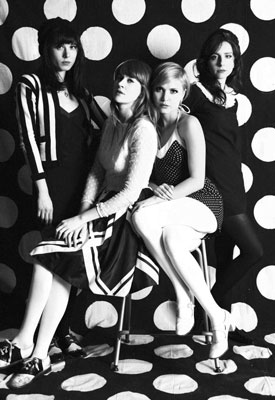 We featured The Like a while back in our new bands section, when we were intrigued by the 60s-inspired girl band's He's Not A  Boy video. Well, if you liked that's there's a number of tour dates on the band's MySpace page, including a number in the UK.

Check out more of the band's music on the MySpace page.