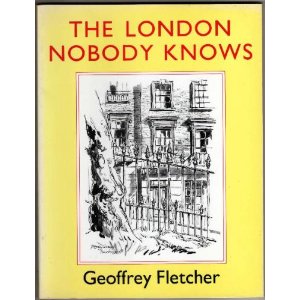 You might have seen the film (we reviewed it right here) or you might have the original book by Geoffrey Fletcher from the 1960s. If you're a fan of either, you might want to catch The London Nobody Knows on BBC radio 4.

Historian and presenter, Dan Cruickshank, has a copy of the battered, yellowing book under his arm, a record of an unfamiliar London at the dawn of the 60s. Fifty years on, Dan retraces author Fletcher's steps.from the pie shops to the east end markets and other off-beat landmarks.Much of it has obviously gone, but not all – so in two programmes, he checks out what remains.

It was on the radio last night, but you can catch it on 'listen again' all week, with the second part next Wednesday. Heads to the BBC4 site to hear it.

The London Nobody Knows on Radio 4