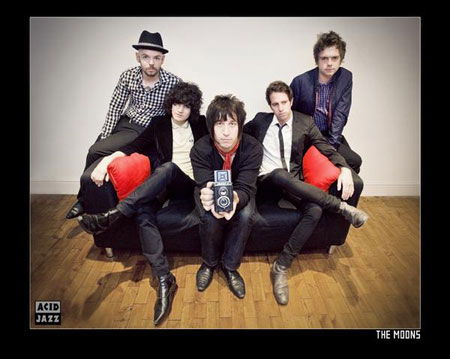 Look out for a review of The Moons album and single in the very near future on these pages, but in the meantime, London-based readers might want to pencil March 15th 2010 into their diaries, the date of that debut album (Life On Earth), launch party and HMV instore gig.

If you've not encountered them before, The Moons are recent Acid Jazz signings, fronted by Paul Weller’s keyboardist Andy Crofts and featuring Chris Ketley of the recently defunct Rakes.

The band will be at HMV on Oxford Street on that day at 5pm to play some tunes, followed by the album launch party at the Old Blue Last in the evening. The latter kicks off at 7:30 and tickets are £5 on the door. As I said earlier, look out for those reviews soon.

The Moons on MySpace