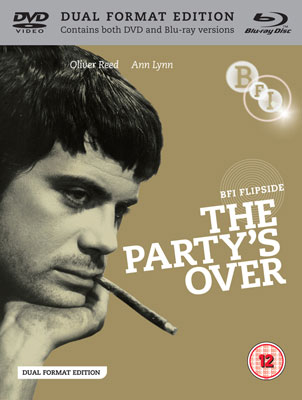 A much sought-after 60s cult classic has finally been issued/reissued by the BFI/Flipside – Guy Hamilton's The Party's Over.

Set in the early 60s, the movie focuses on a group of London beatniks going by the name of The Pack and headed up by Moise (oliver Reed) and with an Americal heiress called Melina in their ranks. She's living on the wild side, but all that is about to end when her fiance jets in from the US. At first she hides from him with the help of the Pack, but over time, fiance Carson senses something more sinister – especially after on of the Pack commits suicide after an outburst of grief.

Out on DVD and Blu-ray with plenty of tasty extras, the Modculture review is online now.

The Party's Over reviewed