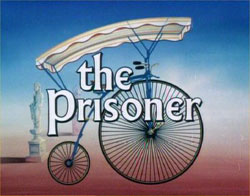 A remake of The Prisoner has been talked about for some time – but now it’s finally been confirmed.

ITV has announced that a six-part ‘reinvention’ (which doesn’t sound good) is set to go into production, starring Jim Caviezel and Ian McKellen. Caviezel takes the role of Number Six while McKellen will appear throughout the series in the role of Number Two. It’s not a straight remake – according to ITV, the new show will ‘reflect 21st century concerns and anxieties, such as liberty, security and surveillance, yet also showcase the same key elements of paranoia, tense action and socio-political commentary seen in McGoohan’s enigmatic original’.

If you want to find out what that actually means in reality, you’ll have to wait until 2009 – that’s when it hits the small screen.