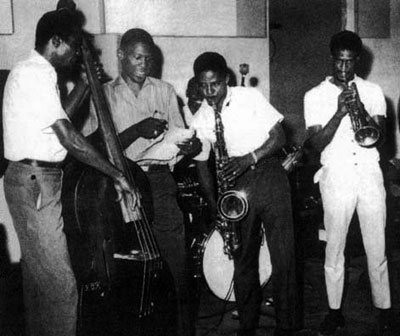 Once described by Rolling Stone magazine as 'Jamaica's answer to the Motown house band and Booker T. and the MG's combined', The Skatalites are playing live in London for one night only – Wednesday 24th November.

It's the band's first London date for two years, this time with a line-up featuring original band members including Cedric IM Brooks, Lester Sterling and Lloyd Knibb. Not bad for a band that formed 46 years ago.

The venue for the show is the Bloomsbury Ballroom, with tickets on sale now for £22.50 each.

Buy tickets for the Skatalites gig in London