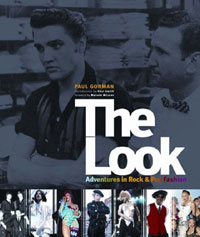 I’ve yet to pick up The Look by Paul Gorman, which is much to my embarassment, as it’s been described as pretty much essential and easily one of the best books ever written on the development of mid to late 20th century UK style and fashion and its influences.

If you’ve not got a copy, it’s been reissued and enhanced and available to buy from most bookshops – or failing that, Amazon. To celebrate the reissue, author Paul Gorman has organised an event over August bank holiday weekend in Brighton.

Under the title The Look presents…bank holiday Modrophenia, Borders Books in Brighton will host readings, interviews and a Q&A featuring himself and two true originals:

Jeff Dexter
Marc Bolan’s best mate back when they were Soho movers in the early 60s, Jeff was THE mod DJ, spinning at Tiles, the Oxford Street club immortalised in Tom Wolfe’s The Noonday Underground, and went on to DJ at such landmark clubs as UFO and Middle Earth. Jeff was asked by Pete Townshend to provide the tracklisting for the Quadrophenia soundtrack and also choreograph the cast’s dance moves. He can be spotted in the movie in a cameo DJing at the dance-up at the Brighton ballroom.

Lloyd Johnson
A teenage member of the exclusive south coast modernist scene from the late 50s, Lloyd went on to run the Johnson’s shops, whose customers ranged from Paul Weller, Bob Dylan, The Who and the Rolling Stones to David Bowie, The Specials, Madness, The Clash and the Sex Pistols. Lloyd provided original clothing designs for many of the cast members for Quadrophenia and his designs are available to this day in Japan and via Liberty’s.

It all kicks off at 4pm on Saturday August 26th. Needless to say, signed copies of the book will be available.