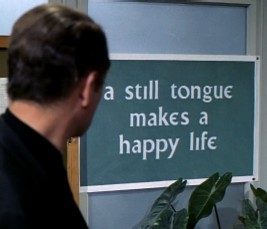 According to reports from the BBC, ex-Doctor Who Christopher Eccleston has been linked with the lead role in a remake of classic sixties TV show The Prisoner.

The show, due to be made by Sky One and written by Bill Gallagher (who wrote the BBC’s gritty Clocking Off) is apparently a six-part "thrilling reinvention" of the cult classic, which will be packed with a cast of A-list actors.

Can’t say I’m too thrilled myself. But I’ll reserve judgement until I see it.