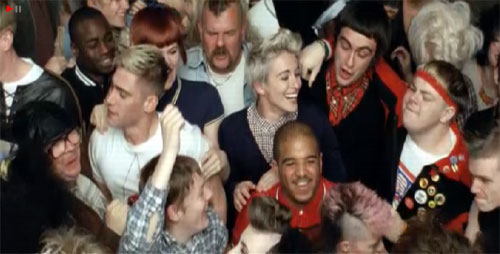 News of a TV series you might have seen trailed on TV already, news of a related shirt giveaway from Brutus and an extended trailer of This Is England '86.

First up, the TV series, which screens from 7th September 2010 and is a follow-on from the original movie, with all the characters looking for love, a laugh, a job and a future. According to director Shane Meadows: 'Not only did I want to take the story of the gang broader and deeper, I also saw in the experiences of the young in 1986 many resonances to now recession, lack of jobs, sense of the world at a turning point. Whereas the film told part of the story, the TV serial will tell the rest.'

In the run up to the screening, Brutus Trimfit is also doing a shirt giveaway, offering up one of each of the current three styles, just by answering a simple question: 'To me Brutus means…' Best answer wins. You can find out more details and enter at the Brutus Trimfit Facebook page

Also, check out the extended promotional film of the TV show below.