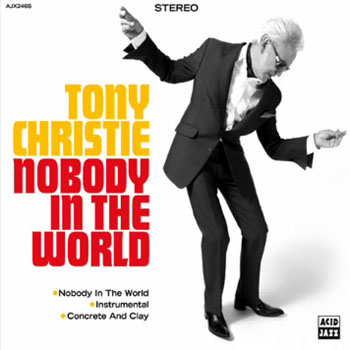 Here's an interesting one, British singing legend Tony Christie has signed for Acid Jazz, with a northern soul-inspired album due out in January 2011.

The album is called 'Now Is The Time!', a collection of original new material which claims to blend 'the classic Christie sound with a progressive take on classic northern soul and British beat'. Oh yes – it even has a new version of the Get Carter theme tune on it, written for Tony by Jarvis Cocker of all people.

Does it work? Well, I've just heard a track off it in full and it's actually pretty decent. If you didn't know any better, you would probably position it as a track from the mid to late-60s, production job is just right. Although much will depend on your opinion of Christie's voice.

The track is Nobody In The World and it comes out as a single on Acid Jazz on November 1st. Well worth checking out. In fact, you can – someone has added a clip to YouTube.