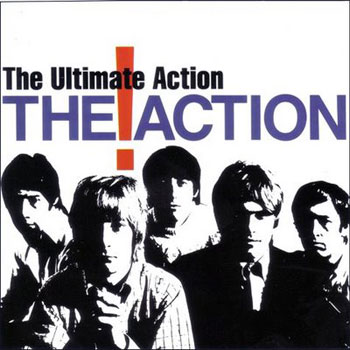 As some of you might have heard, Mike Evans, bass player of mod/beat legends The Action (pictured above), has died, aged 64.

Rather than me writing a tribute piece, might I direct you to a very good one already online, written by someone with both a deep love and knowledge of the band – Mark Raison.

He's written a piece on his Monkey Picks blog that's well worth a couple of minutes of your time. Mike, you'll be missed, but the music you contributed to will live on for many a year. If you're not familiar with the band, see also the video here, which is a documentary featuring the band, dating from 1967.