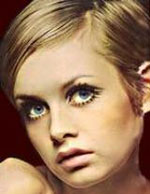 You can’t beat a good Radio 4 play to get you throguh the afternoon, and if it’s got a vageuly interesting subject matter, all the better. And this one sounds a corker.

Twiggy is to star as herself in a BBC Radio 4 play about the swinging sixties. The sixties model turned actress, singer and M&S clothing seller has been cast in Elevenses With Twiggy, a play set in 1969 (when she would have been 19 years old).

Details are a bit vague, but the general plot is about two Scottish brothers who meet the model for dinner during a trip to London.

According to Twiggy: "It’s about more than just the boys meeting their idol, it’s about life and what it offers you and how some people grasp hold of that, the road less travelled."

No, I’m no clearer either, but the play, written by Simon Farquhar, will be broadcast on BBC Radio 4 on 30th March at 2:15pm. So make up your own mind then.