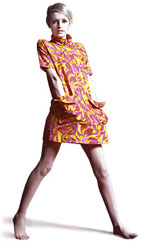 I never pay much attention to UK History – a bit too much World At War and ancient Rome for my liking – but starting next week, that changes – if only for a short time.

The channel is going big on the 60s. Slipped into the schedules at various points from next week (W/C 10th July) are the BBC’s Fame, Fashion and Photography documentaries (including The Real Blow Up), along with a less-interesting programme on the Beatles.

Chances are much of it will not live up to the billing – but we’ll not know unless we tune in…or set the recorder for most of the day.

UK History is available on satellite, cable or Freeview in the UK.