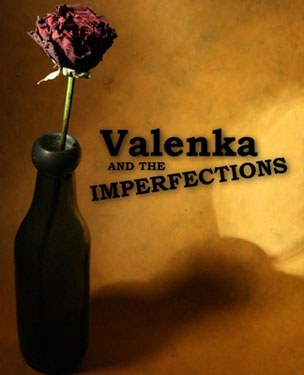 The Gene Drayton Unit is no more, but Clinton, Koolberg and BJ from the Unit have teamed up with vocalist Valenka Johanna and drummer Ben Hill to form Valenka and the Imperfections.

Accordiong to the band's initial blurb, the new band is 'more Fred-Perrys-and-Levis' compared to the 'Drayton-style pinstripes and shiny shoes', which in essence means everything is just a little more loose. Indeed, if you check out the initial selection of tunes on the band's MySpace page, you'll hear everything from 'Whole Lotta Love' and 'Smokestack Lightning', with influences as diverse as Howlin' Wolf, Ray Charles, Led Zep, the Buzzcocks, the Stooges, Dr Feelgood and Graham Bond cited.

The first live show is at the Blues Kitchen, 111-113 Camden High Street, NW1 7JN on Tuesday 27th April 2010. Admission is free, with the band on stage as soon as the Champions' League semi-final is over (that's around 10pm).

Valenka and the Imperfections on MySpace