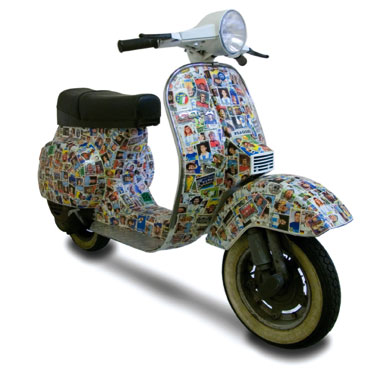 Take one old scooter, saved from the scrapyard and a pile of old footballs stickers and you get what's being called the Copa Scooter.

Copa because it's the work of the Copa Football store in Amsterdam, which has dug out an old (1985) PK50 and conjured up 1,000 Panini stickers from between 1970 and 1990 to create a World Cup-themed scoot.

You can see the scooter around Amsterdam or at the Cop Football flagship store in Amsterdam. Want to own it? There's no word on buying, but if you drop them a line, they take an offer. More shots over the page. 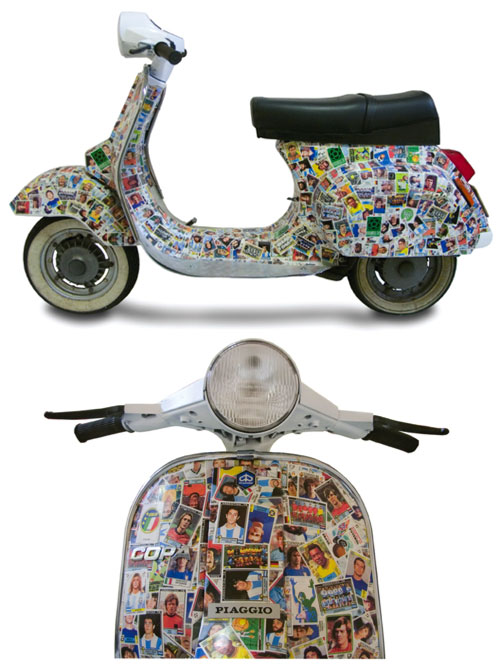