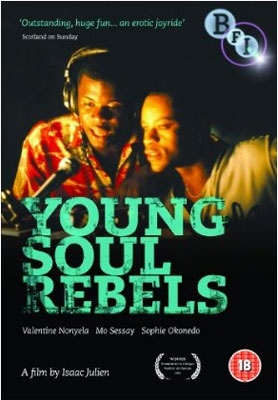 It got a bit of a mauling by the critics when it first landed in 1991, but Isaac Julien's Young Soul Rebels has been reissued by the BFI on DVD, looking to get a fairer hearing after the passage of time.

Set in 1977, it's the tale of two soul DJs, Chris and Caz (aka Soul Patrol), both looking to make it big on the radio – but following different paths, which in turn starts to split them apart. But that's not their biggest problem – a young black guy has been killed and Caz's name is in the frame.

I missed it first time round, so I've given it a review without any preconceptions. You can check it out right now.