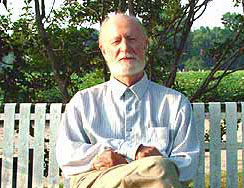 If you weren’t able to tune into the excellent Mose Allison documentary when it went out on BBC4, here’s some good news – it’s getting an airing on BBC2 this Friday (29th September) at 11:35pm. Here’s the preview:

Mose Allison : Ever Since I Stole the Blues

Taking Mose back to the Southern crossroads where he was born, we journey with the man they call the Jazz Sage across 50 years of cool philosophical lyrics and hip piano playing on songs like Parchman Farm, Your Mind is On Vacation and Everybody Cryin’ Mercy. The film also contains exclusive performances of Mose classics by Van Morrison and Loudon Wainwright – along with The Who’s barnstorming take on Mose’s Young Man Blues.