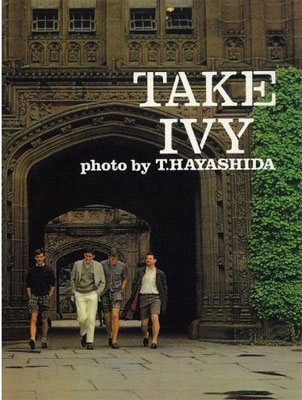 Look out for a review of The Ivy Look by Graham Marsh and JP Gaul, but also make a note of a very interesting reissue in the coming weeks covering similar style ground – Take Ivy by Teruyoshi Hayashida.

Originally released in Japan to great acclaim in 1965, the book is a unique collection of photos of Ivy League students and as such, a superb reference guide to the Ivy look in its prime over its 142 pages.

Back then, it kicked off an Ivy obsession in Japan and with various books on the subject hitting the shelves this year, there might even be a minin revival here. You can pick up Take Ivy from 14th October, with Amazon doing discounted pre-orders of the hardback book for at £11.69.