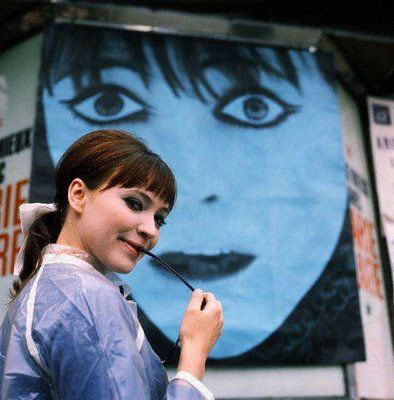 I was pleasantly surprised by the offers of articles when I asked for some last month, one of which was from Janet Flatley, who provided this feature on a lost gem – Pierre Koralnik's Anna from 1967.

If you've not encountered it (and that wouldn't be surprising as it isn't available legally on DVD), it was the first ever colour film made for French television and stars Anna Karina as the 'face' snapped accidentally by an ad agency. But they don't know who she is – which means a chase round Paris to find her. Oh yes, a Serge Gainsbourg soundtrack too.

Check out the full article/review on the site now, well worth your time.