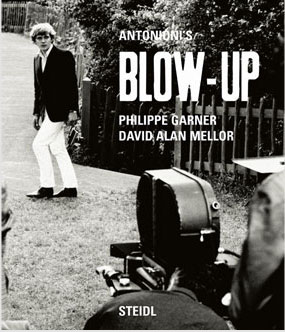 Seems to be a lot of Blow-Up stuff around right now. Yesterday we spotted a Blow-Up print and today we've noticed a forthcoming book – Antonioni's Blow-Up by Philippe Garner and David Alan Mellor, which is published by Steidl.

It's described as 'a fresh and stimulating study of Antonioni's masterpiece', re-telling the story through stills and the original blow-ups, throwing in some analytical essays by the authors on the tale of fashionable photographers and models, as well as looking at the reference points that Antonioni used in the movie.

All of that might be hard work for casual observers, but if you've got a thing for the film, it's probably an essential read. A 113-page hardback book, it's available for an art book price of £33.15 – which is actually discounted from the RRP.