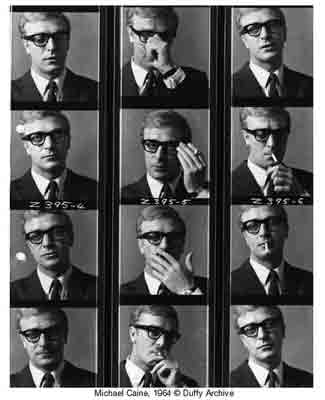 No not the whiney-voiced crooner, we're talking about photographer Brian Duffy, who has an exhibition right now at the Idea Generation Gallery in London.

It's described as the 'first ever full retrospective' of Brian Duffy, kicking off tomorrow and running until 28 August. Some feat, considering the man himself destroyed most of his work in the late '70s. Thankfully, his son has managed to rediscover 160 classic images via archives and magazines, including iconic shots of the likes of Michael Caine, Brigitte Bardot, Sidney Poitier, John Lennon, David Bowie, Debbie Harry, Jean Shrimpton and Joanna Lumley and William Burroughs to name just a random few.

You can find out more on the exhibition and gallery here. But also worth mentioning is the book that goes with the exhibition. Duffy has just been published by ACC Editions, which brings together many of those iconic images from the '60s and '70s in print form over its 256 pages. A hardback book, it sells at Amazon for £33.75.