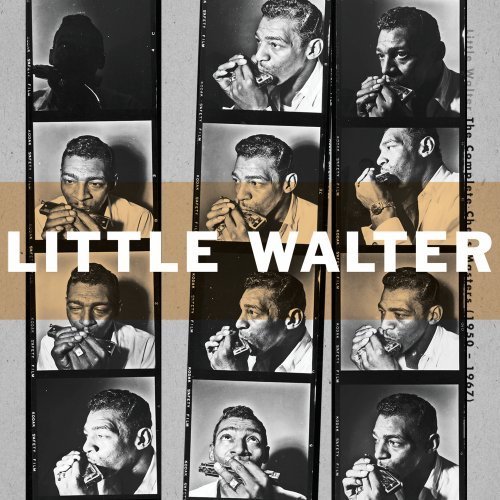 The Complete Chess Masters: 1950-1967 is a limited edition 5CD set, covering all aspects of his recording career. Walter had fourteen top 10 R&B hits between 1952 and 1958,
including the number ones Juke and My Babe. The 126
recordings here include nine previously unreleased recordings, including a pair of songs recorded with Bo Diddley.
The majority of the songs contained within have sadly long been out of print, making this release something of a special occasion. The set also contains numerous photographs and extensive liner notes by Little Walter biographers' Tony Glover, Scott Dirks & Ward Gaines.
The Complete Chess Masters is an American release. Amazon UK has copies listed on its Marketplace here, but if you have no luck there you can go straight to the source at HipOSelect here.