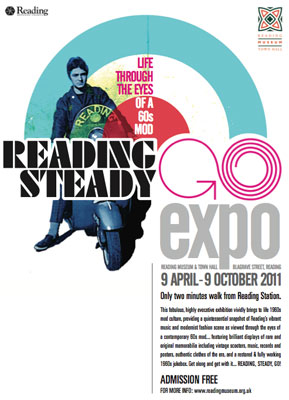 Still a few months off, but we thought we'd flag up early the Ready Steady Go Expo (aka Life Through The Eyes of A 60s Mod), which kicks off from April 2011.

According to the people behind the expo, Reading was a major hub for the original Mods, as well as those who got involved during the 1980s. That's probably helped the organisers acquire rare items of Mod heritage to display, which will be shown off alongside reminiscences of some original mods.

And to bring things up to date, there will also be another outing for dean Chalkley's New Faces exhibition. The dates for the event are April 9th 2011  – October 9th 2011.