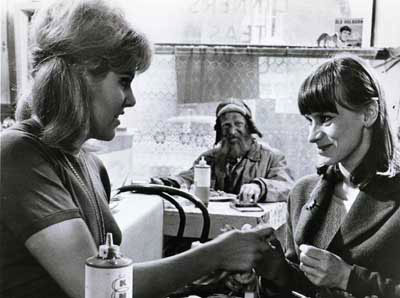 Another 60s gem gets a rare one-off screening at the NFT – Smashing Time.

Possibly showing as part of a George Melly tribute (he had a hand in the scripting), the movie is the ultimate swinging 60s flick, with Lynn Redgrave and Rita Tushingham starring as two young girls from Bradford, looking to live the swinging London dream on Carnaby Street. They want the modelling jobs, the clothes and the lifestyle – and eventually get it, but entirely by accident. Is it worth it? Well, you’ll have to watch the film to find out.

The organisers also hope to have Rita Tushingham for a Q&A after the screening, so well worth making the effort to get down. It’s on Tuesday 20th November at 6.15pm.

Check out a clip from Smashing Time