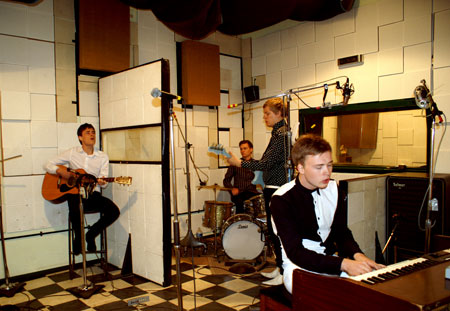 Just over two years back, we flagged up Thee Attacks as a band to watch. Well, two years later, the Danish four-piece has an album out – That's Mister Attack To You, which is released on the Crunchy Frog label.

Inspired by the past, but with 12 original songs on it, the album was produced by Liam Watson and recorded at Toe Rag studios for an authentic vintage sound. If you like your beat and garage, you should check out the review now.

No fixed release date, but it should be around in the coming weeks.