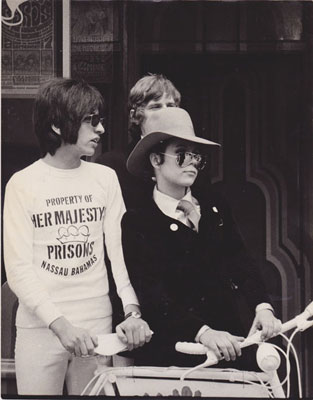 I spotted this over on Paul Gorman's The Look blog, the Facebook group Epicentre of creativity World's End chelsea SW10 in the 1960s that is.

It is what it says, a focal point for 1960s 'dandy' photos from around the King's Road in the 1960s. The kind of thing you might have seen recently in the V&A's The Day of the Peacock book. Pictured in the image above (to the left) is one of the contributors, Alan Holston. He worked at Dandie Fashions, which was found in South Kensington and later on the King's Road itself. He left in 1968, when it underwent transformation into the Beatles-funded Apple Tailoring, shifting to a career in the music business.

Check out all of Alan's photos (including some superb shots of mid to late-60s suits) on the Facebook page, plus much more besides. Certainly one to watch.