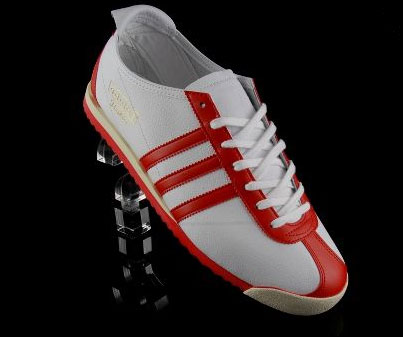 Ok, we featured the Adidas Italia 1960 last week in a blue and white colourway, but new variations have since appeared online and are now available to order.

The one above is the red and white colourway, essentially with the same detailing as the one we previously featured, but with the red highlighting replacing the blue. Aside from that, it's the same leather finish, cross detailing on the back and slimline profile. That retails for £64.99. But there's also some new suede finishes. 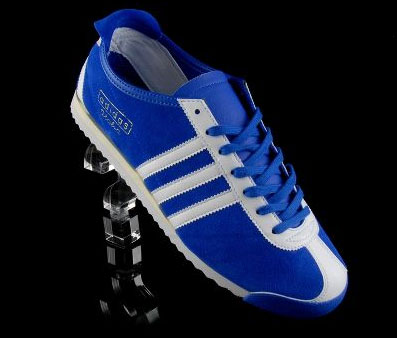 The blue 'soft' suede version is pictured here, but there's also a red finish, which is essentially the same shoe, but with a deep red replacing the deep blue, both still have white detailing and contrast sole.