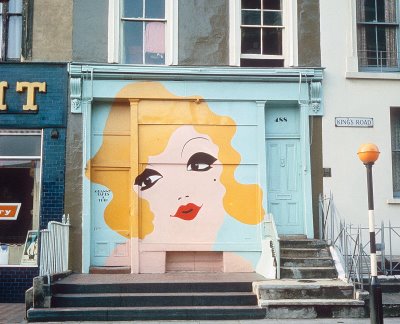 This is something of an advance heads-up as I have just encountered Boutique London A History: King's Road to Carnaby Street by Richard Lester, but details are scarce – as is a cover image. One thing to note though, this has nothing to do with Marnie Fogg's Boutique.

Probably no surprise as ACC Editions isn't releasing this hardback book until 31st October 2010, but it really does look like being a gem. Lester also produced John Bates: Fashion Designer in 2008 and Photographing Fashion: British Style in the Sixties in 2009, so he has a good pedigree.

In this new work, he looks at the iconic retailers of both Carnaby Street and the King's Road – from 'Top Gear' and 'His Clothes' to the nostalgic dressing up of the World's End boutiques, taking in the places and the designers behind the stores with in-depth profiles of over 30 retailers, complete with lavish illustrations of the clothes, interiors and characters who frequented. Sounds like a must-buy – if you can't wait, Amazon is already doing pre-orders for £25.