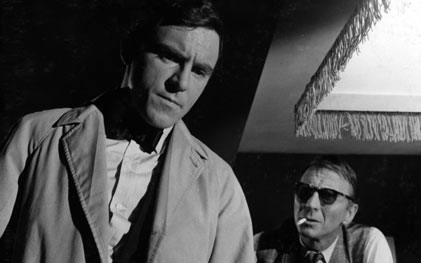 We've just got a list of DVD releases and reissues for the next months – and the London boxset has certainly caught out eye.

Apparently coinciding with the GLA festival celebrating The Story of London, the box will feature movies that offer 'diverse post-War London locations from the 50s and 60s and which explore quintessentially London themes' – think the London docks, Soho and the Underground.

So what's on it? Well, two films we've seen and review before (The London Nobody knows/Les Bicyclettes de Belsize) and three gems from the 50s and 60s never before released on DVD – The Yellow Balloon, Pool of London and the much-anticipated The Small World of Sammy Lee (pictured above and which you can read about here). Release date is 1st June 2009 – we'll be reviewing well before then.

More on The Small World of Sammy Lee