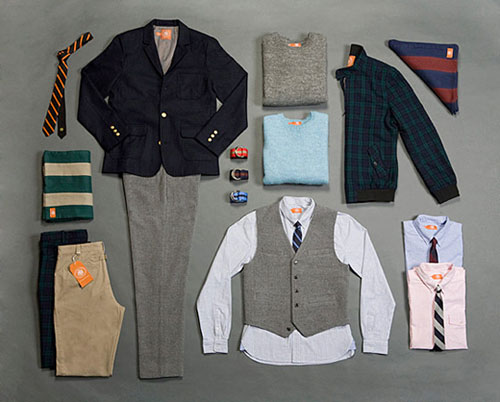 We have raved about its button-down shirts in the UK. Now we hear news a forthcoming J.Press for Urban Outfitters range. Which, like the shirts, might not be available in the UK either. We're gutted.

But we live in hope that it might arrive. On the photograpic evidence, we're talking a capsule collection (to use an awful phrase) of ivy league gear, from button-down shirts, ties and knitwear through to jackets, trousers and harrington-style jackets. There's even a college-style scarf in there.

Likely to be cheap, it's likely to be sought after too. No news on a shelf date for the US and obviously, none for the UK either. Anyone want to start a campaign?