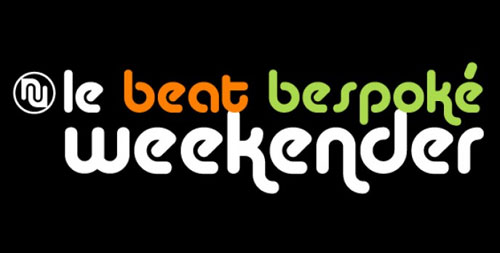 Was hoping to have the new site up now, so I could slip this into the calendar, but as things still aren't read as yet, here are the details of Le Beat Bespoke 2012. Just in case you need to plan ahead.

The dates for your diary are 5th – 8th April 2012 (Easter in other words), with most of the line-up already taking shape. The Jim Jones Revue headline Thursday night, Friday is the '8 Hour Technicolour Dream', with The Pretty Things (doing the pick of Electric Banana) and Arthur Brown reprising original '60s appearances at that event, alongside July and Saturday is headed up by legendary US band The Trashmen (their first-ever UK show).

Sunday is headed up by Maxine Brown and The Pepperpots, with cult UK freakbeat band The Poets also playing, as are The Sorrows and Austrians Wild Evel & The Trashbones. The Dirty Water Records showcase Saturday afternoon features the Hollywood Sinners from Spain with more live acts TBA. DJs, shopping and the usual stuff as you might expect too.

Tickets are already on sale, £65 for the four-day event, less if you go to less days. You can find out more here.