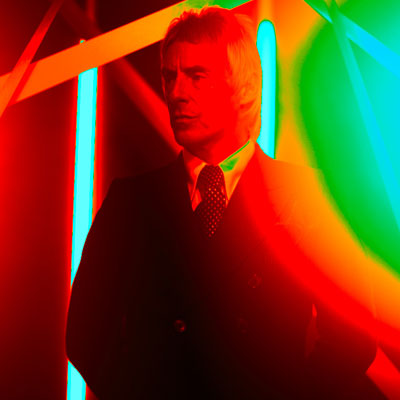 Just got full details in of the new Paul Weller album, as well as initial gigs to support it.

The album is called Sonik Kicks and is released on March 26th 2012. If that's a long wait, head to the official website to hear a track, set to a short called "24hrs, Pavey Ark" directed by Mike Moloney & John Hooper.

The full album tracklisting is:
Green / The Attic / Kling I Klang / Sleep Of The Serene / By The Waters / That Dangerous Age/ Study In Blue / Dragonfly / When Your Garden’s Overgrown / Around The Lake / Twilight / Drifters / Paperchase / Be Happy Children

- with the album featuring guest appearances from the likes of Noel Gallagher and Graham Coxon. Sound-wise, it's described as 'mixing pop art punch with soulful communication, jazzy explorations into psychedelia and dub with razor-sharp melodies, abstract soundscapes with clear-eyed forest-folk.' Indeed.

If you want to hear what that sounds like, two gigs have been announced at the Roundhouse in London for March 18th/19th 2012. The album will be performed in full and support comes from Baxter Dury. Tickets will go on sale this Friday (25th November).