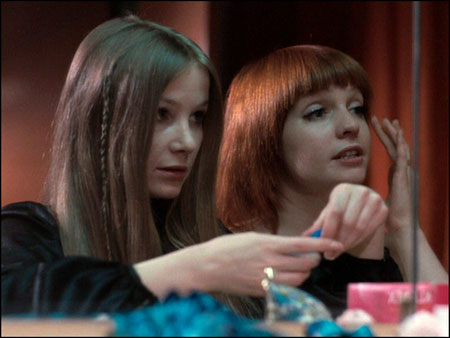 Not exactly 'mod', but sure to be of interest to many is the BFI/Flipside issue of Permissive on both DVD and Blu-ray – and our review is online now ahead of next month's release.

It's a downbeat tale of post-swinging London, with the newly-arrived Suzy hooking up with old schoolfriend Fiona, who just happens to be hooked up to the lead singer of Forever More. Yes, she's a groupie. After a false start, Suzy gets involved in that same world, working her way through the band until she goes for the prize of Lee, Fiona's partner, with tragic consequences.

Music is provided by the two bands featured in the movie (Forever More and Titus Groan), with additional tracks by Comus. The disc also has another counterculture flick as an extra – Stanley Long's Bread, which focuses on a group of hippies trying to set up a festival starring Juicy Lucy (a real band who were originally The Misunderstood). Want to know more? See our review. You can buy it from January 25th 2010.