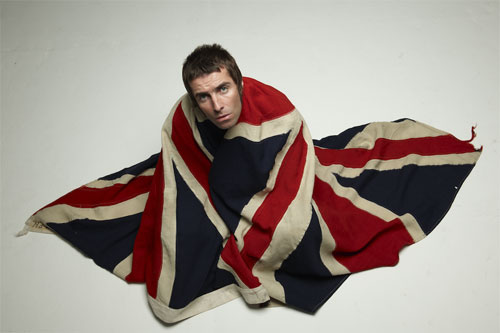 Oh yes, that's right, Liam Gallagher's Pretty Green label is to become a store, opening, as you might have guessed, on London's Carnaby Street.

It's a range of clothing and accessories that always divides opinion – some people love it, others loathe it. For once, I'm going to sit on the fence and just report the facts on the shop we've received. It opens on 30th July 2010 as a temporary store on Carnaby Street, mixing the current range with 'exclusive one off Pretty Green pieces'.

The retail premises will cover 2000 sq. ft. over two storeys, the basement featuring 'a panoramic image of Liam on Brighton beach' and 'a Lambretta Li 150 series 3' scooter, along with custom shop fittings. I suspect there's likely to be some attention-grabbing opening event, but as yet, there's no word on anything specific. I don't think the large Union Jack is a new design, but hey…you never know…