A stage production of Quadrophenia is set to tour the UK this spring and summer. 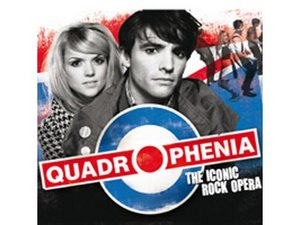 Details are still sketchy at the moment regarding who is to star or direct in the 'iconic rock opera', but the production is set to remain faithful to the film and album created by The Who. Set in London and Brighton,
Quadrophenia tells the story of the 60s mod scene through the eyes of a hedonistic and confused teenager called Jimmy. You should know the rest by now.
The tour hits the following towns:
Plymouth Theatre Royal (May 9th-16th)
Birmingham Hippodrome (May 19th-23rd)
Manchester Opera House (June 16th-20th)
Sunderland Empire Theatre (July 7th-11th)
Liverpool Empire (August 25th-29th)
Tickets price vary for each town,and you can order them from various places, including here.