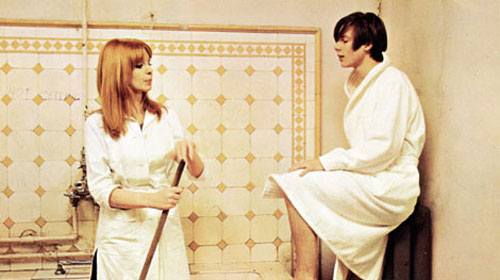 An obscure late 60s gem has been restored ready for a cinema screening and a DVD/Blu-ray release – Deep End.

It's a 'coming-of-age' comedy set (bizarrely) in a swimming baths, as well as the streets of London at the fag end of the sixties, with Mike (John Moulder-Brown) besotted with Susan (Jane Asher).

The movie is a strange one, that's for sure. See the review to find out how strange. It's getting a showing selected cinemas as well as a BFI showing with the film's stars in May 4th, with a Flipside release over summer. In the meantime, check out the Scenester's review – he managed to sneak into the BFI to get an early screening.